Every marketing department has a sacred cow. In charity fundraising, it’s the image of the doe-eyed child asking you for help. Charities go back to this image again and again because they know it works. But for children’s charity Railway Children, getting kids off the street is only the start. Most of what they do is about making sure children don’t go back to the streets again. But they weren’t telling people about that. Why? Because, frankly, that isn’t as easy to ‘sell’ as ‘the rescue’.

But we like a challenge. And, as a small charity, Railway Children need to stand out from the big names in the charity world. So we made their in-it-for-the-long-haul work – and talking about the longer story behind the more immediate rescue – their pitch. Even simply moving photos of the children inside their welcome pack (we wrote it, Delta Papa designed it) makes it stand out from the children’s charity crowd. We also put together tone of voice guidance for their staff and showed them how to put the tenacity of their work into their words. And we trained their marketing team up in Cheshire how to use it long term, too. 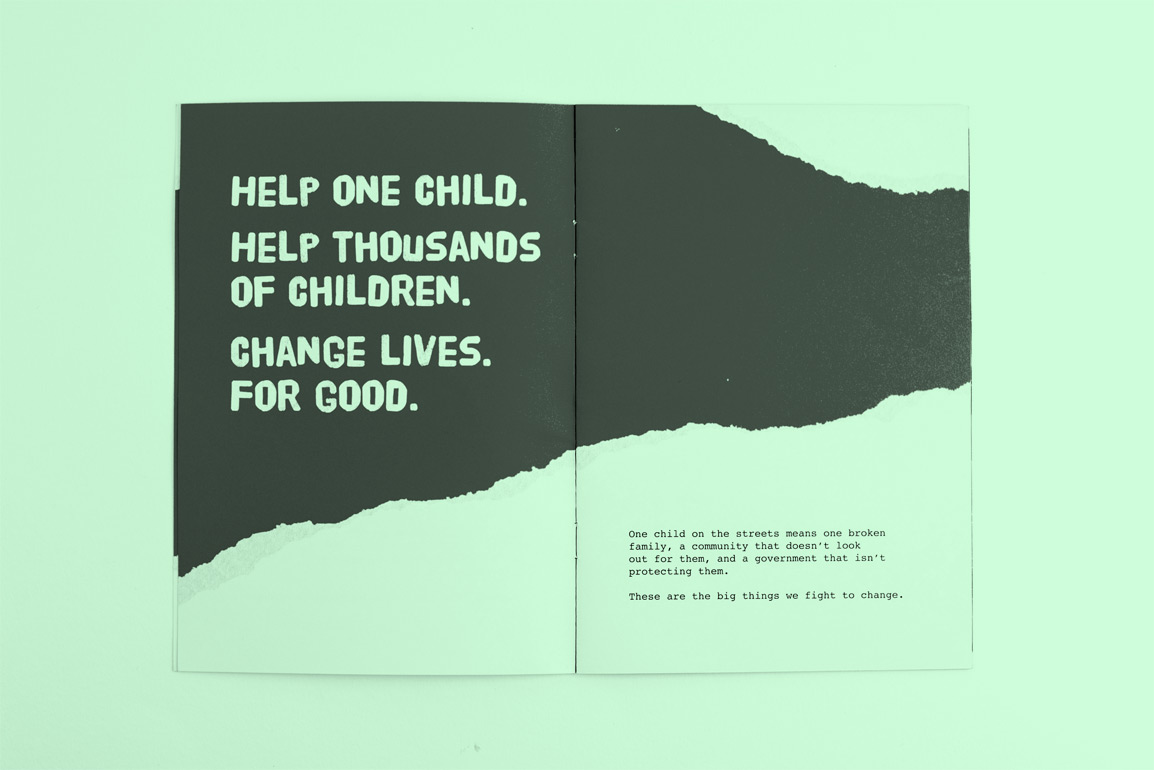 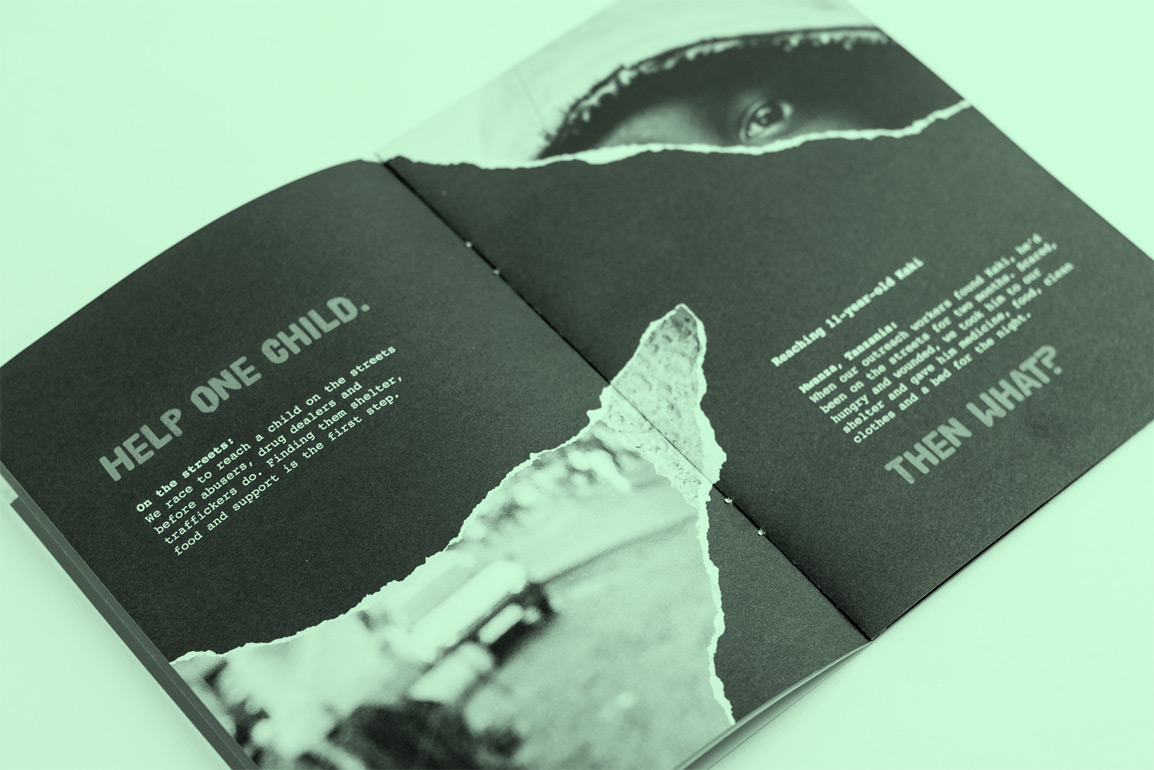 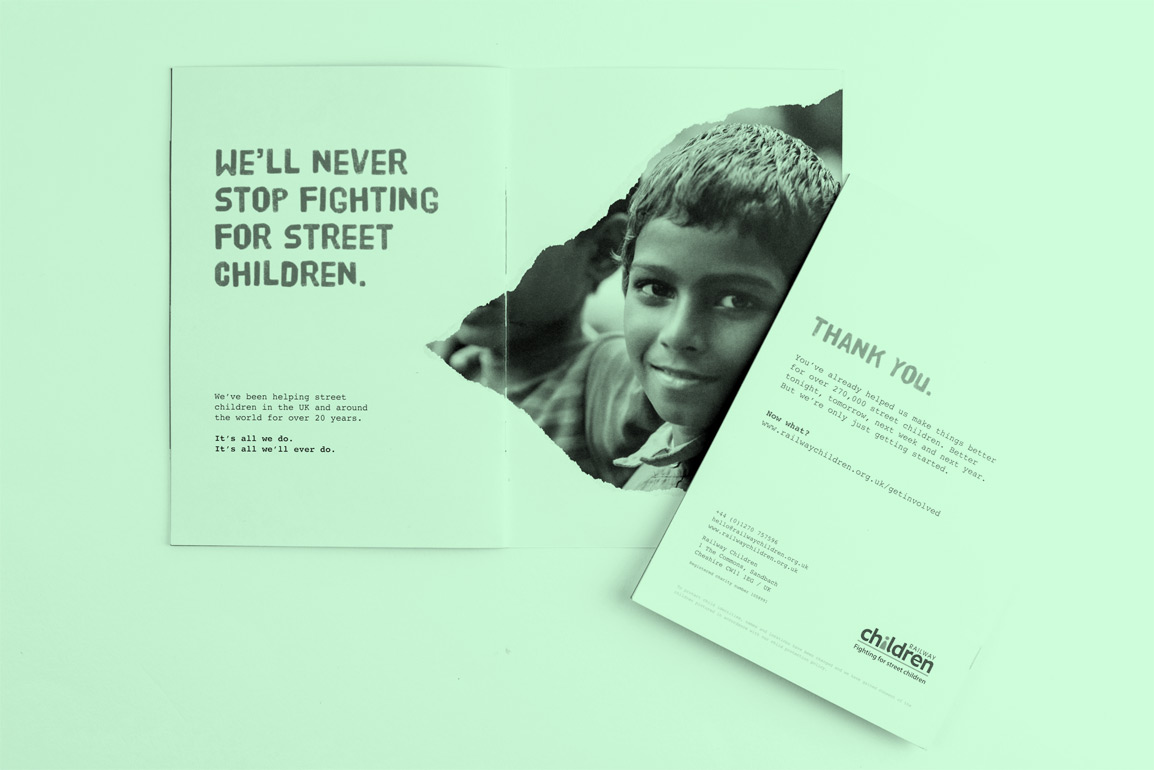